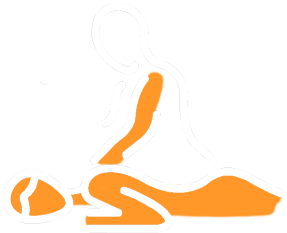 with us you will feel good - we guarantee !

this we do for you

We make your individual problem zone to your comford zone.

Our high quality standard ensures you will get the accurate treatment.

On our large and comfortable massage banks you rest ergonomically thus your relaxing experience is without pressure points.

health is priceless - our offer is not

payment at the practice

Is there a shower at Tida Thai Massage?

No we unfortunately don’t have a shower available. To make yourself fresh a toilet with a small washbowl is there for you. Additionally you get a warm towel to refresh your face and clean your hands after the massage.

Note hygiene: The masseuse will be thankful, if you’re not sweaty and bad smelling when you turn up for massage. If you are in doubt of your “odor”, just ask us for a refreshment towel for cleaning.

Note oil massage: At the end of the treatment your body will be freed from surplus oil with towels. A thin layer will rest on your skin an makes it silky smooth. If you don’t like this, have a shower at home.

When should you avoid to have a massage?

rheumatic illness with inflamation of important joint and/or muscles

suffering in the late stages of cancer or Aids

Which complaints can be treated?

What is a Traditional Thai Massage?

The Traditional Thai massage, the more than 2000 year old healing method is based on the concept of the energy channels in the human body. The technique consists of passive stretching positions, stretching movements, pressure point massages and mobilization of joints.

The positions performed are very similar to yoga, but are performed passively by the masseuse. The traditional Thai massage is therefore often referred to as Thai yoga massage in the West. The therapist applies gentle but specific pressure to certain parts of the body with her hands, knees, elbows and feet.

The massage eliminates disorders in the muscle tissue and increases the activity of the metabolism.

In contrast to the western understanding of massage, traditional Thai massage contains more than just mechanical processing of the muscles, so it is also taken into account that the body has an energetic network with ten energy lines according to Ajurvedic teachings. Further documentation can be found here Traditional Thai Massage. The meaning of the Thai name for TTM “Nuad Phaen Boran” is translated as “ancient touch healing” according to the effect.

don't wait - you need it